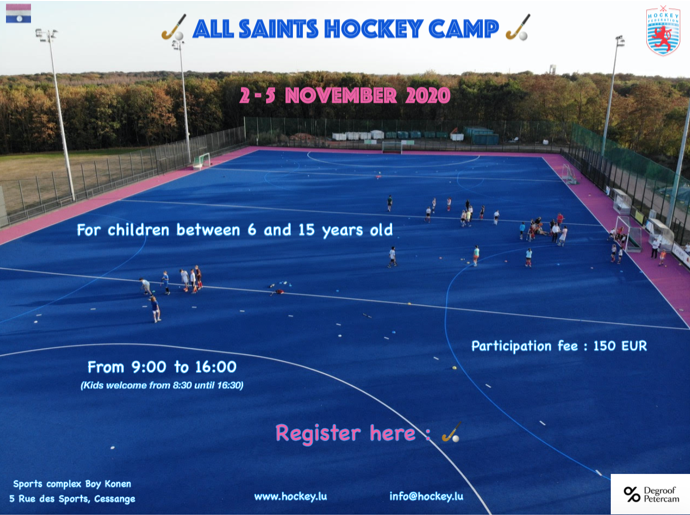 Pitch is not playable

Sunday October 18, 2020
Men 1 :  Neo vs HC Luxembourg
Deprived of five regular players, Hockey Club Luxembourg travelled to Mechelen one week after a convincing victory against the Lynx.
With a reworked squad, Maxime Halflants' men started brightly against Neo, playing in a compact and united manner. Combining in small spaces with quick passes, practically every one of their actions caused the opposition serious danger.
After three minutes of play, Frédéric Ferrard scored with a nice deflection into the roof of the goal to make it 1-0. A few moments later, captain Laurent Nève, in a 5-star performance, slalomed through the whole defence and provoked a PC. Maxime Halflants, back on the field to make up for the numerous absences, converted the opportunity to make it 2-0.
The blue and white team then went wild and added five new goals in the space of twenty minutes! Christophe Maters made it 3-0 with a nice backhand. Then it was Milan Dans who scored his first goal of the afternoon by dribbling past the keeper before pushing the ball into the goal from an impossible angle! (0-4). Nacho Gomez-Acebo made his contribution by taking the ball back from the Neo's defence and shooting fast. (0-5). Before half-time, Fred Ferrard - certainly the man of the match - added two more goals for a famous hat-trick, first by diving for a clever deflection, and then by slamming the board violently with a powerful flat shot! (0-7)
The visitors continued their dominance after half time. Despite decent resistance from the opposition, the Luxembourgers perforated Neo's defence with scoops above the navy blue line. Milan Dans added to the score by swivelling and shooting with all his strength to bring his team's lead to eight goals! The Luxembourg star striker maintained his average of two goals per game since the beginning of the season: simply exceptional!
The HCL could control the match without taking too much risk now. Keeping the ball in the team, the team was now choosing its moments to attack. With 15 minutes to go, Lockdeep Singh showed that he still has some great strengths left in him and scored with a precise push. (0-9) Seven minutes later, Maxime Halflants dribbled in the circle and shot but his ball was wrongly stopped on the goal line : penalty stroke! The coach/player took the responsibility to make it 10-0. Finally, Fred Ferrard added the gloss to his fantastic match with a historic 'quadruple'! (0-11) Proof that at 45 years old, with courage and talent, one can still achieve great feats in a championship of this quality! Congratulations to him and the whole team for this second victory in a row!
The HCL has made an excellent start of the season. Next Sunday, Luxembourg will receive Keerbergen at home for a crucial match in the fight for the top of the rankings. The club is counting on the massive support of its loyal and friendly public to win another victory!
Maxime Halflants